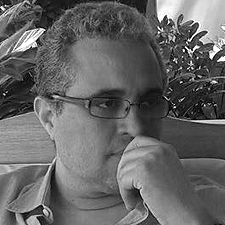 Dr. Matthew "Shots" Taylor joined the Moorlands ministry as a counselor in 1997, then as Adjutant/Co-Commandant in 2000. In 2001 he and his wife Michelle "Dish" Taylor became Commandants for the 12-13 camp, to which they have remained for 16 years to date. Shots joined the Summer Camps Committee in 2012 and as of April 2017 serves as Committee Chairman. He was also invited to the Board of Moorlands in June 2016.

Matthew, a man of few words, comes alive and is at his happiest during camp season. He sees the campers and counselors as extensions of his own children and interacts and ministers to them as such. He feels truly blessed that God has chosen himself and his family to serve in the Moorlands Camp Ministries. Shots has children, Leah "Babbles" Taylor and Daniel "Mac" Taylor, are also very involved in the Moorlands Summer Camp ministries - serving as camp counselors during the summer season.