Moorlands Camp began over 75 years ago! Oscar & Scharlie Lord saw a need to share Christ with young people and started holding meetings in their backyard at the Marlborough Great House. Soon after, Oscar purchased the nearby Moorlands property and this was the beginning of the Summer Camp ministry known by so many today. Generations later, Moorlands is still be a place where around 700 young people come to encounter Christ's love each summer.  Check out this video to learn more!

FOUNDING FATHERS and THE EARLY YEARS

Top House was the home of Oscar Lord, the last owner of the 1,000 acre cattle property called Moorlands. Oscar and his wife Scharlie (née Clark) started holding Christian meetings, camps and conferences for young people at their home at the nearby Marlborough Great House. Sadly, Scharlie died in childbirth in 1932, but her sister Annis, her husband Oscar, and other family members carried on her vision for camps for young people. 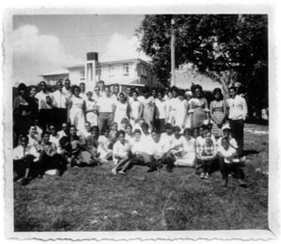 1938 was the start of camps for school children, held in tents on the grounds of Marlborough. Shortly after, Oscar purchased the nearby Moorlands property where, in 1942, a new campsite was started, and the camp ministry continued. Members of the Lord and Clark families and friends, under the leadership of Lucy de Carteret, Oscar's daughter, held annual Christian summer camps during the 1940s and 50s. Kerosene lamps, pit toilets ("Egypt") canvas cots and NO running water were happily endured by campers as part of the Moorlands experience! Campers would travel by train to Williamsfield and then be transported by bus or truck to Moorlands. A large tent was used as the center for most activities (hence the present-day building called The Tent!) and the large drawing room in Top House was the spiritual center of the campsite, which remained in effect until 2009 when 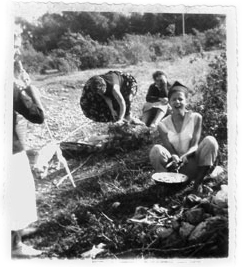 "The Rock", a wonderful large new meeting room was completed.

Oscar Lord died in 1958 and after his death, Lucy, in an act of courage and generosity, and with the help of the first Chairman of the Board, E. Karl Richards, formed a Trust with an inter-denominational Christian Board of Directors to be responsible for the running of Moorlands Camps as a Christian ministry, promoting camps and conferences. 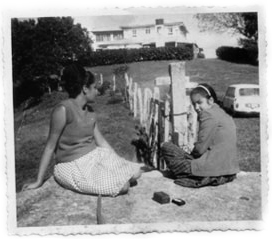 ols Christian Fellowship) to assist with the running of summer camps, which they ably did for two decades, when the Board of Moorlands took over the running of the Summer Camp ministry. ISCF and Moorlands continue to have a close relationship to this day, with the annual ISCF Discipleship Training Camp taking place at Moorlands each August.

Lucy DeCarteret was an original Board Member, and was on the Board of Directors of Moorlands Camps until her passing on Saturday, 9th July, 2011.